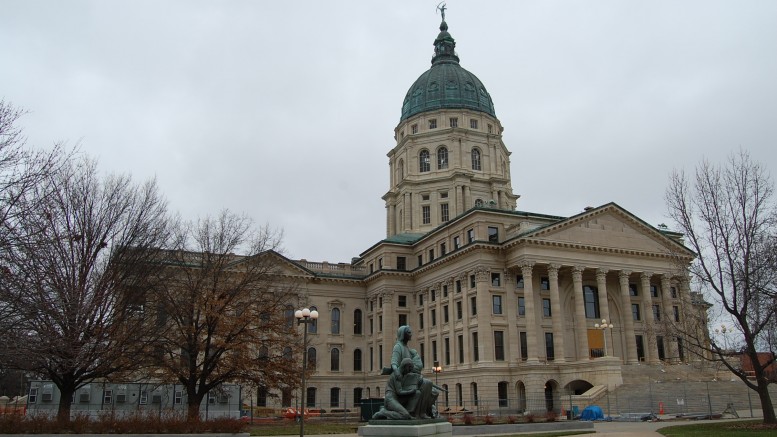 On Wednesday, March 25th, Kansas legislators voted, with a massive majority, to outlaw (with certain exceptions) the abortion technique known as “dilation and evacuation”. The bill now needs to be signed by Gov. Sam Brownback, who has already promised to do so. This is the country’s first ban on this technique, which one Representative described as “the ultimate evil”. 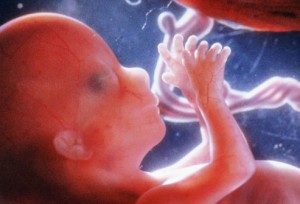 So what is “D&E” abortion? It’s basically the cutting up and dismemberment of a human unborn baby with parts of the body being either sucked or pulled out. It’s performed generally after 16 weeks’ gestation, by which time the baby measures about 4.3 to 4.6 inches and weighs about 3.5 ounces. The baby’s eyes can blink and the heart and blood vessels are fully formed. The baby’s fingers and toes have fingerprints. One description I found of this procedure online stated, “A shot may be given before the procedure begins to ensure fetal demise has occurred.” So, basically, sometimes they ensure they’ve killed the baby before they begin cutting it up, how thoughtful, especially as the mother will have been given a local anesthetic to ensure her cervix is numbed.

Apart from the fact that this procedure is the ultimate indicator of the absolute lack of respect for the sanctity of human life, one of the most shocking aspects of this story was the reaction of the pro-abortion lobby. They were quoted as stating, “passing such a bill does nothing to prevent unwanted pregnancies.”

Seriously!?!? Talk about missing the point! NO abortion prevents unwanted pregnancies, it simply kills the unwanted baby. Furthermore, the point of this bill isn’t to prevent unwanted pregnancies but to protect a living, though unborn, human being from being cut to pieces and sucked out of its mother. They then went on to say that the procedure is sometimes the safest one and that the state should not interfere with medical decisions.

Again, you have got to be kidding. The procedure is most certainly not safe for the baby being dismembered! What’s more, such a decision isn’t purely medical, you’re talking about ending a human life.

Abortion is most certainly one of the greatest evils of life in the supposedly civilized west and the lack of respect for human life, the absolute callous lack of consideration for a miracle of God’s creation is beyond shocking. Estimates indicate that roughly 55 million Americans have been murdered via abortion since Roe v. Wade, nearly 10 times the number of Jews killed in the holocaust but that’s OK, because it’s just a medical procedure.