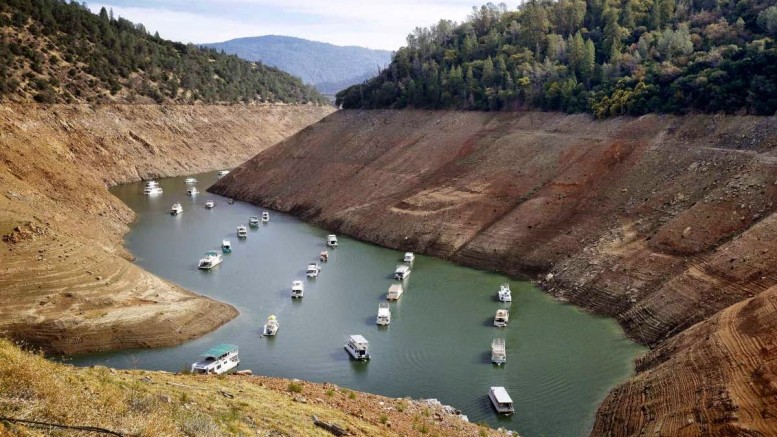 Gov. Jerry Brown and a bipartisan group from the state legislature have just announced $1 billion in funding to provide relief against the worst drought in California history, as well as attempting to prevent it reoccurring, once this drought is over.

NASA also recently indicated that California has only about a year’s worth of water left. As such, strict new measures are being introduced. For example, lawn and landscape watering will be limited to two days per week.

Two days per week?? Why allow it at all? Last year there were some communities in California that had no water at all in their faucets and this year is going to be even worse. Just last week I drove past a house in Rocklin that had the lawn sprinklers on, only a day after it had rained!

I was shocked not long ago when visiting Lake Tahoe to see the lake considerably lower than the end of the jetty, which is normally well over the lake. Camp Far West reservoir has also just about disappeared, as has much of Folsom Lake, and Lake Oroville.

People, if we don’t cut our water usage down to an absolute minimum, we are going to run out of water completely, or, at best, it will be strictly rationed. As someone who has a well rather than city water, I’m also concerned our own well will run dry.

Come on California, we cannot affort to waste a single drop.

Be the first to comment on "California’s Worst Drought Ever"